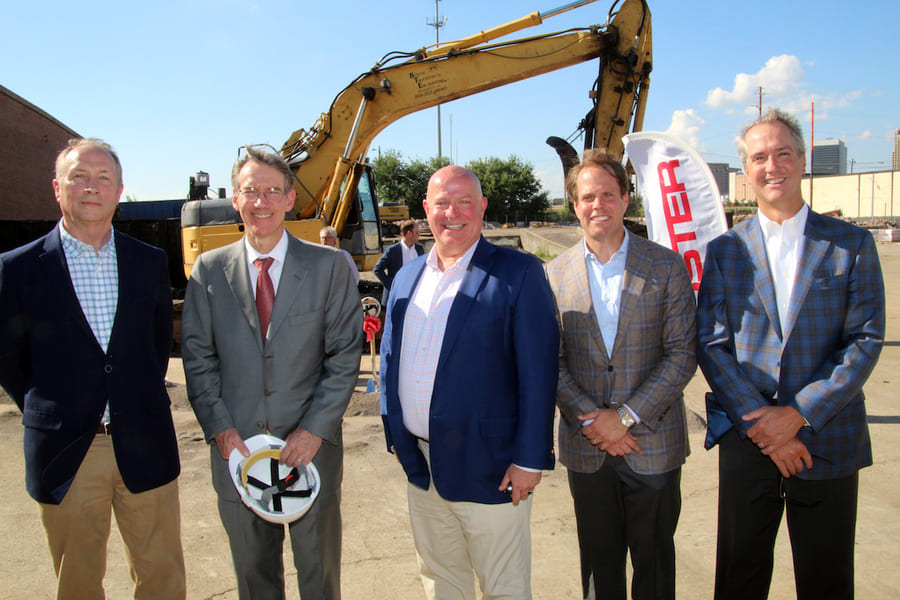 Posted at 15:06h in Company News by BCDC Team

“Birmingham is the economic center of, and for many millennials and others, the preferred living destination in Alabama. It has a strong job market and several Fortune 1000 headquarters,” said Jim Borders, President, Novare Group. “Our great site in the Parkside District is between the University of Alabama-Birmingham and the central business district downtown. We have a strong team who knows how to execute at the highest level. We look forward to working with the City of Birmingham staff on this project.”

Designed by Niles Bolton Associates and Birmingham based Schoel Engineering, the new development will offer a variety of studios, one and two- bedroom apartments spread across two buildings. A spacious, landscaped green space will separate the buildings with an outdoor kitchen, grilling areas, a bocce ball court and a dog park. Additionally, the project will have a resort style pool, 24-hour fitness center, club room and a co-working space.

Birmingham is the largest metropolitan area in Alabama, with a population of 1.2 million. It has the largest employment base in the state, best retail/entertainment amenities and four of the state’s top 5 school districts.

The Parkside District features many historic conversions and industrial adaptive reuse projects, including office, residential, breweries and retail. It is directly adjacent and walkable to many of the city’s largest employers, including healthcare leaders University of Alabama Birmingham (“UAB”) and Children’s of Alabama, headquarters for several large banks including Regions, BBVA Compass and Cadence Bank and other major employers, such as Shipt, in Birmingham’s Central Business District.

Foundry Yards is within walking distance of Railroad Park, a 19 acre green space in the middle of downtown Birmingham with nine acres of open lawn, water features and walking trails. It is also next to The Denham, an 86,000-square-foot adaptive reuse project, which aims to be a destination of activity with restaurants, shops, apartments and entertainment and serve as a catalyst for the continued development of the Parkside neighborhood.

Novare Group is a real estate development and investment company headquartered in Atlanta, Georgia. Since 1995, Novare Group has developed over 14,000 residences in 46 developments in the United States. Learn more by visiting www.novaregroup.com.

Prestwick Companies is a fully integrated development, construction, and investment group that specializes in multifamily housing. Prestwick develops and renovates both family and senior housing in the Southeastern United States.