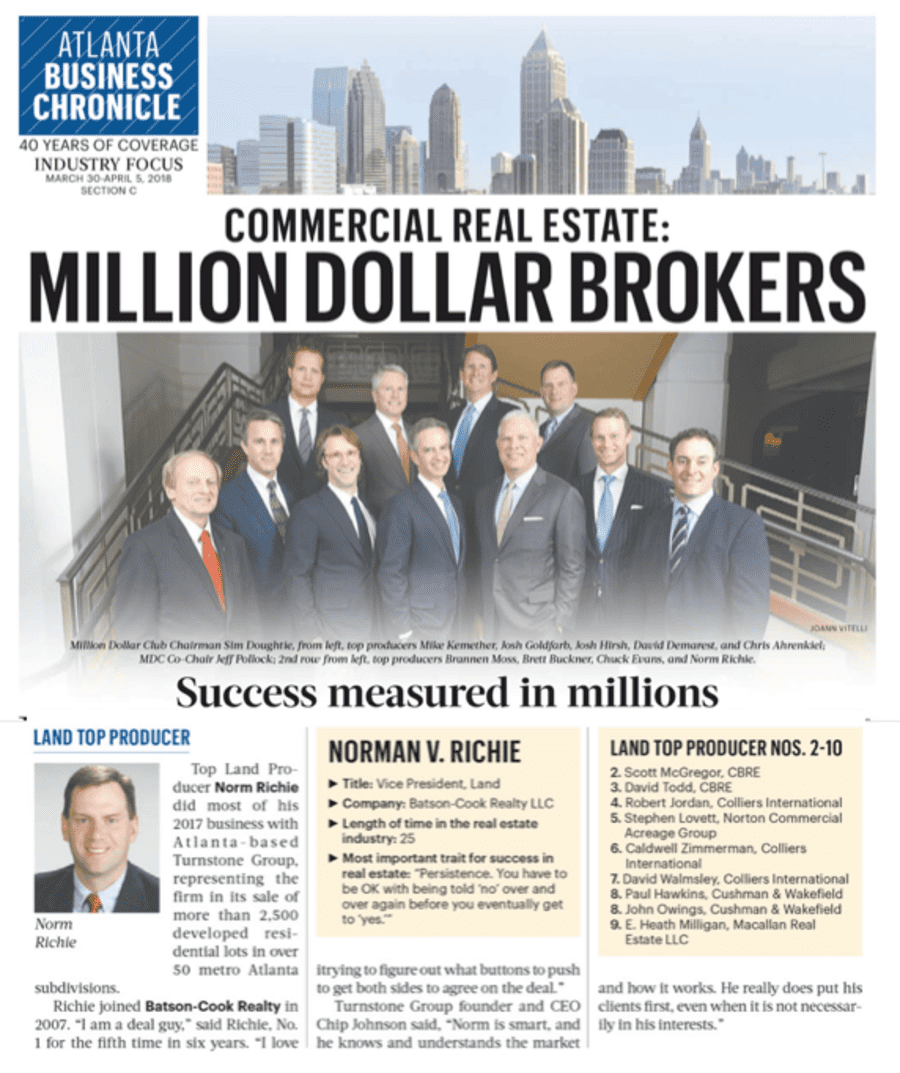 Posted at 15:48h in Company News by BCDC Team

Top Land Producer Norm Richie did most of his 2017 business with Atlanta-based Turnstone Group, representing the firm in its sale of more than 2,500 developed residential lots in over 30 metro Atlanta subdivisions.

“I am a deal guy,” said Richie, No. 1 for the fifth time in six years. I love trying to figure out what buttons to push to get both sides to agree on the deal.”

Turnstone Group founder and CEO Chip Johnson said, “Norm is smart and he knows and understands the market and how it works. He really does put his clients first, even when it is not necessarily in his interests.”