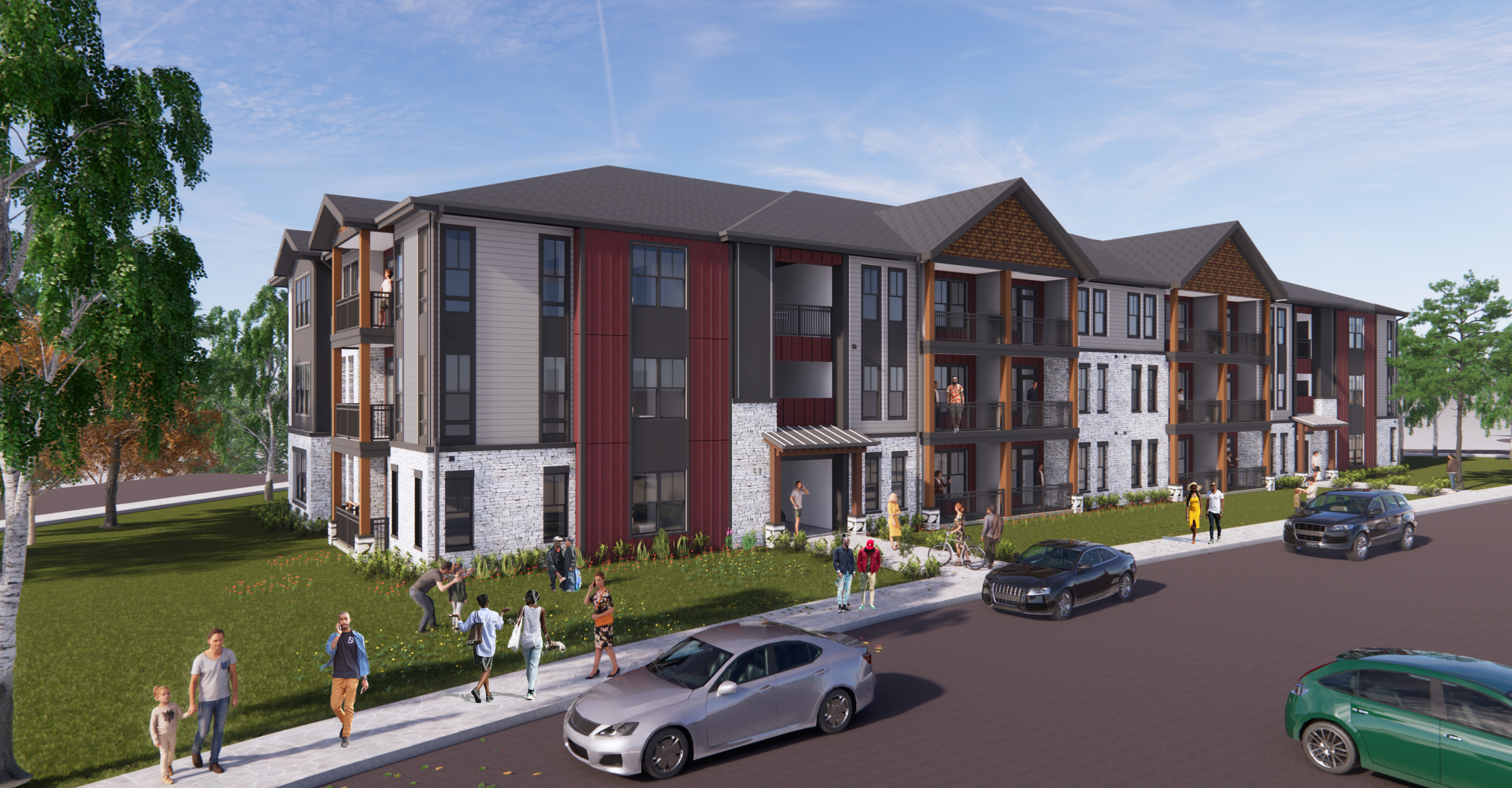 Posted at 12:27h in Uncategorized by ulamarketing@gmail.com

Co-sponsors Novare Group and Batson-Cook Development Co. (BCDC), in a joint venture with ELV Associates, have broken ground on Populus Westside, a 286-unit multifamily community on the Upper Westside of Atlanta. Pinnacle Bank is the senior lender.

On more than 25 acres at 1315 Northwest Drive, Populus will have eight buildings, a clubhouse and fitness center and a resort-style pool around an open green space with outdoor grills and a pet park. The community will include studio, one, two and three-bedroom residences.

Through an affordability initiative by Invest Atlanta as part of a property tax incentive program, 15% of the residences at Populus will be available at reduced rents to those earning from 60% to 80% of the Atlanta median income.

The Proctor Creek Trail runs along the western side of the property. It will be the ultimate amenity, providing bike and foot access to the city of Atlanta’s newest park, the 280-acre Westside Park, and the Atlanta Beltline.

“BCDC is excited to start another project with our partner Novare Group, this being the 30th project in which we have partnered. We expect the same excellent execution on this Westside project that Novare has delivered time and time again,” said Litt Glover, President of BCDC.

“Novare Group is excited to again join our long-time JV partner Batson-Cook Development Company on Populus Westside,” said Jim Borders, President and CEO, Novare Group. “We have been patient as the demand on the Westside has caught up to a site we have owned for many years.”

Populus Westside’s design by Dynamik Design is “mountain-modern,” which complements the surrounding wooded and rolling topography. Planners and Engineers Collaborative is the civil engineer. It is the first project for Stratus Construction, an Atlanta-based multifamily general contractor launched by Novare Group and Ra-Lin & Associates, Inc., a Carrollton and Atlanta, Georgia based general contractor.

The community will serve a resident base of singles, young couples, empty nesters and seniors in Atlanta who want to live in a great community near Westside Park and have 5-minute access to I-285 and major job hubs, including West Midtown, Midtown, Cumberland and Downtown.

Novare Group and BCDC expect delivery of first units in the fourth quarter of 2022.